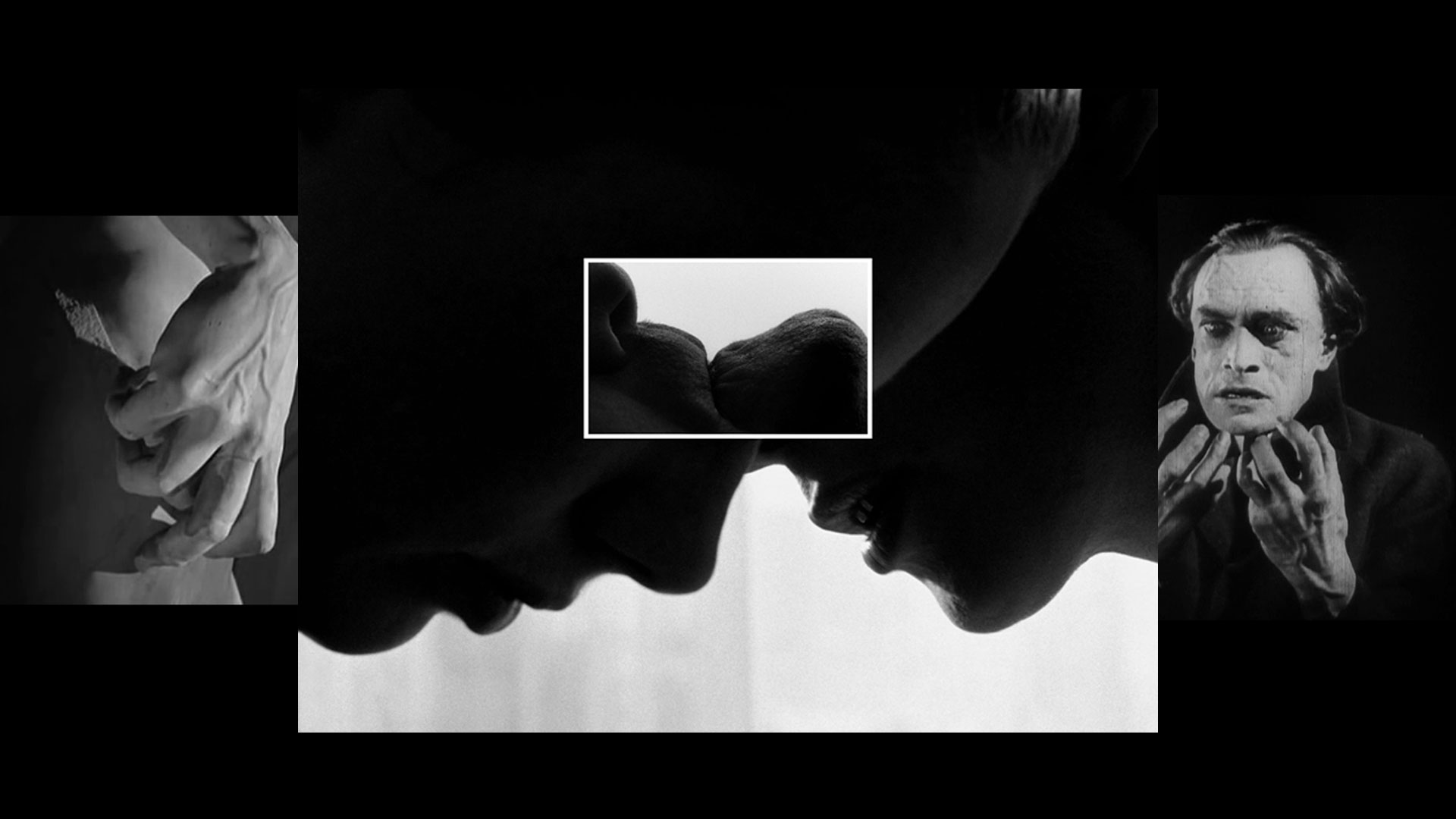 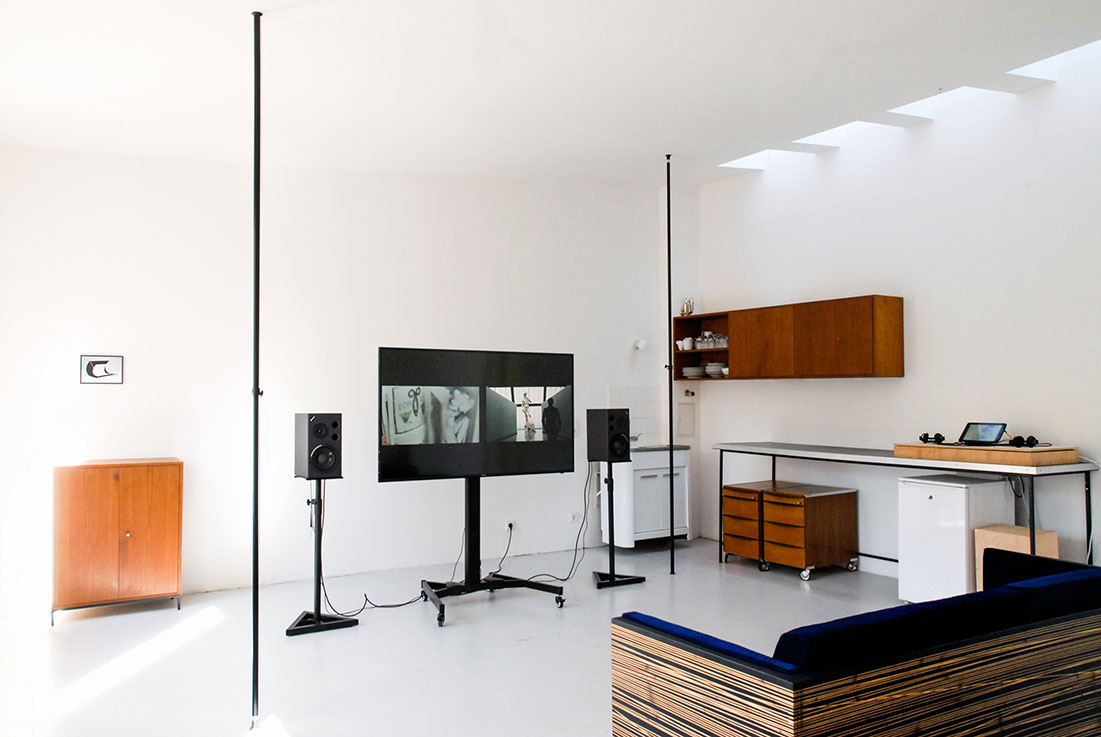 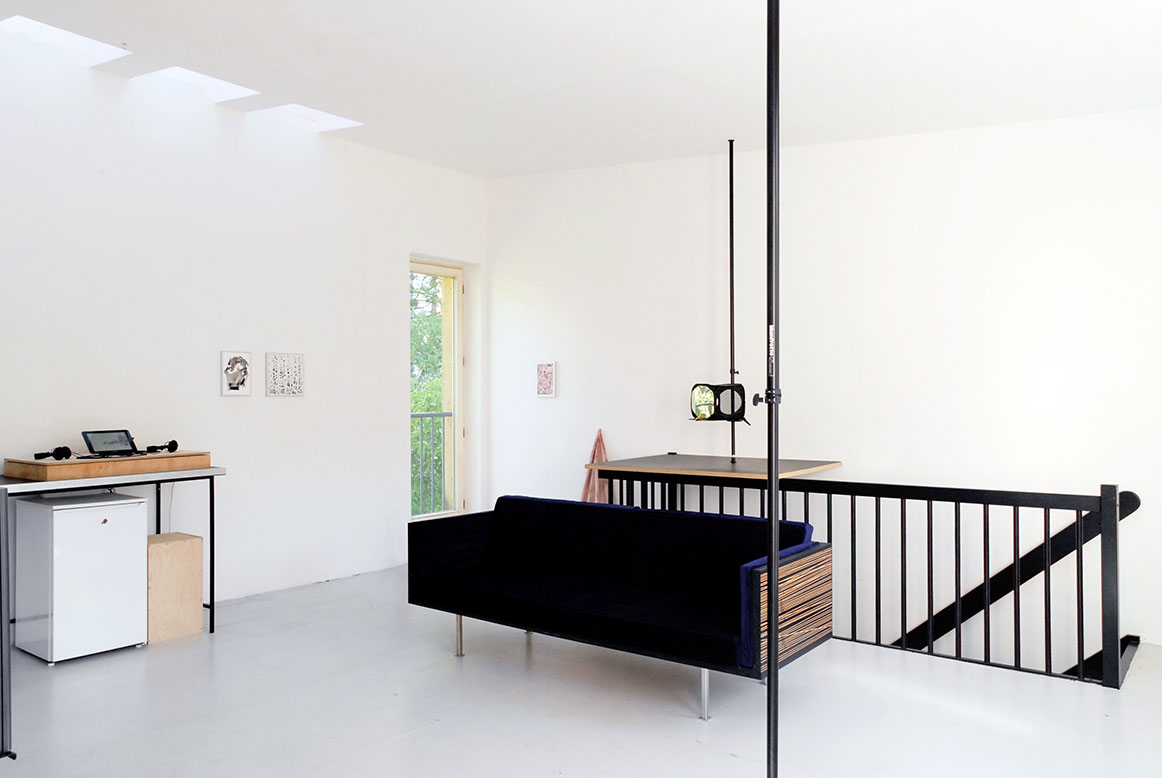 "We are Darwin's daughters and absolutely unlike each other. But this dissimilarity cannot be
represented. The similarities always come in between."
René Pollesch, Ping Pong d´Amour

„Terror begins where you seek unity, that is, a unity that runs like a film.“
Jean-François Lyotard

Whole interrogates the mutual conditions and relations of body history and media history.
The main video work, Torso as a principle (2018), examines this relationship exemplified by the construction of the phenomenon of transability. Since childhood or adolescence transable
persons feel wrong in their own bodies. They experience their abled bodies as overcomplete
and feel an overwhelming urge or need to be impaired, like being an amputee, paraplegic,
blind, deaf or mute. While the construction of trans*gender had a major impact on the
historic notions of unambiguous, dualistic gender roles and identities, transability questions
another historic topos: the notion of a »natural« state of bodily completeness and wholeness.
On the other hand, the construction of transability is significant for media history as its
symptoms are subjective and therefore cannot be measured or visualised indexically, but can
only be made visible by mediated techniques of representation. As epistemes and evidences of
specific discourses, the media technologies used in the representation of transability play a
decisive role, since they inscribe themselves retroactively not only in the respective findings,
but also in their historical meanings and ideas. Torso as a principle pursues the question of
how the media of film and video, but also of medical imaging procedures and prosthetic
technologies produce and implement notions of bodily completeness – or subvert them.

The terminology »completeness« can be understood in different ways. First of all, it means a
state of physical functioning and intactness. In contrast, the »incomplete bodies«, labeled as
»deficient«, »crippled« or »disabled«, have been organized around the marginal edges of
society as an inherent part of the symbolic order of physicality. On an unconscious level,
however, subjects with »intact« bodies have been put into a state of permanent physical
incompleteness by cultural requirements and prosthetic technologies such as smartphones or
laptops since the 21st century. In the context of the difference to the deficient and prosthetics,
the completeness of the body is therefore always to be regarded as relative. It is questioned by
every technical possibility and the accompanying regime of expectations of the unbounded
body over and over again. Thus »completeness« can also be equated with what Lacan's
psychoanalysis calls »wholeness«: that is, what the subject has been constantly striving for
since his first mirror stage, but is always lacking in reality.

The second video work, That Thing You Do (Discourse Networks) (2018), presented on a
tablet, deals with how subjects, as cyborgs in the sense of Donna Haraway, and their desires
are mirrored around their gadgets. It shows two people communicating in a video chat about
a secret sign or a fetish. Afterwards, their bodies are transformed into 3D scans circling
around each other. The cyborg according to Haraway is a convinced ally of partiality, irony,
intimacy and perversity. The flawed representation of the 3D models in turn depicts those
conscripted meanings and effects of materialization that enhanced digital visualization
technologies add to their object of study by the means of fictionalization. Through
visualization technology, their bodies themselves become incomplete sculptures.